As an Amazon Associate I earn from qualifying purchases. If you click on a link in this post and are taken to Amazon I may earn a commission on that sale.

The In The Groove Record Cleaning Roller is a handy tool to have in your record cleaning arsenal.  I purchased one of these in 2010 from Music Direct and had O.K. results the first couple months, but then had some issues with residue being left behind.

The residue showed up after the third or fouth time I washed and dried the roller.  I I started to notice that there was a noticeable difference in sound quality after cleaning my LP’s.  They seemed to have lost a bit of their clarity.  After inspection under an LED light I could see a film or slight haze on over 75% of the records I had cleaned with the roller.

I put it aside for about 6 months before trying it again.   When I did I rinsed it of and dried it, then rolled it over a record I picked up for five bucks at an antique store.  It left an even worse amount of residue than it had in the past.  Needless to say it was tossed in the garbage immediately.

I recently saw an ad for the In The Groove Record Cleaner and wondered how in the world is this thing still around?  Was I the only one who had an issue with this?  It turns out I was not.  I checked reviews on Amazon to see if I could find some up to date info.

What I found out completely explained why I had such a horrible experience with the roller I purchased in 2010.  It turns out that SK productions the company of Stanley K. Taub has admitted that they screwed up.  The earlier version of their In the groove record cleaner was made too tacky.  After rinsing there was the chance that residue would be left on the record surface.

Mr. Taub claims that if you put lighter fluid on your LP’s that this will cure the problem.  My personal feeling on that suggestion is that it is just downright wrong.  I would never even dream of putting lighter fluid on a valuable Record.  I have found the only way I could partially remove the residue safely was to use a record cleaning machine.

SK Productions now says that they have corrected this problem by making the rollers less tacky.  They claim that they have not had any reports of residue from using their updated product.

I will be giving this cleaning gadget another chance.  I really did appreciate how well it picked up that pesky line of dust and debris that always seems to be present after  a cabon fiber brush cleaning.

It sounds like the best way to use the in the groove record cleaner is in conjuction with a carbon fiber brush and the Milty Zerostat.  I will be trying this metod and will update this post with my results in the near future.

I plan to clean the record while it is on the turntable with a carbon fiber brush.  I will then use the Milty to reduce static.   I will then do another pass with the carbon fiber brush before using the in the groove to pick up any stray dust.  It has been said the that record will become very charged with static after lifting it off the turntable after using the in the groove.  I plan to combat this by zapping it once again with the Milty before storage.

Pros – Relatively cheap at around $20, Gets that annoying line of dust left after carbon fiber cleaning, It is washable and does keep it’s tackiness quite well for an extended period of time.

Cons – Leaves a film on records that is hard to remove, Roller can pop out of handle if even a little bit too much pressure is applied(This puts you at risk of gouging your records)

After 1.5 months of testing the in the groove record cleaner I have decided to toss it.

There was less of a residue left on the record surface,  but the tackiness of the roller is never the same after the first cleaning.

After 2 months and 6 washings the roller has very little tackiness left.  I had this problem with the 2010 version as well.

I personally am not going to shell out cash for replacement rollers if they can’t last at least a year.

It does do a great job of picking up what a carbon fiber brush does not, but I feel there is possibly still room for improvement in the life of the roller.

If you only plan to use the in the groove record cleaner to pick up stray dust once in a while…great give it a try.   But take into account you may need to budget for roller replacements every 2-3months if you plan to use yours on a daily basis. 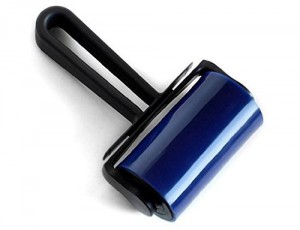 2 thoughts on “In The Groove Record Cleaner Review”